Ise-Shima National Park is made up of an inland area with a natural environment abundant with forests, and its representative ria coast that has complex terrain and countless small coves and capes. In this rich natural environment, Ise Jingu Shrine is the most respected shrine in Japan and has been worshiped by many people for over 1000 years. Traveling to Ise jingu shrine and visiting its holy sites are the origins of taking trips for the common people in Japan. Amaterasu Ominokami, an ancestor of the Imperial family and the supreme deity enshrined at Ise Jingu Shrine, is considered to be a goddess. The shrine where the princesses who from ancient times served this goddess on behalf of the emperor lived is also here in Ise-Shima. I, Nishiyama, the founder of Nana, have Shinto ancestors who served at Ise Jingu. For generations, they seem to have been both priests and architects there. My great-grandfather and great-grandfather’s works have remained for over 100 years becoming sightseeing spots and include the Ise Jingu Shine agricultural museum, the emperor’s dormitory in Ise Jingu Shrine , the office building of the shrine , and the facilities for representative Japanese scholars of the Edo period at Matsusaka Castle. I hope that many people will continue to visit Ise-Shima as it is a beautiful landscape where you can feel the long relationship between people and nature.

The Shrine also known as Ise Jingu Shrine is a complex of over 125 shrines located in Ise City,once called the Holy City. It is centered around the main shrines of Naiku (inner shrine) and Geku (outer shrine). The inner shrine is believed to date from the 3rd Century and enshrines the sun goddess Amaterasu. It is held in higher reverence than the outer shrine. This is due in part to the fact that it is purportedly the home of the Sacred Mirror of the Emperor (one of the three imperial regalia). The sacred mirror (Yata no Kagami) was given to the first emperor of Japan by the sun goddess herself. This makes the shrine one of Japan’s most important and holiest sites. The shrine is unique and one interesting fact is the shrine buildings at both Naiku and Geku as well as the Uji Bridge are rebuilt every 20 years. This is part of an important Shinto belief of the death and renewal of nature and the impermanence of all things wabi-sabi. The wood of the old shrine buildings is not put to waste, but is recycled in order to reconstruct the torii (shrine gate) at the shrine’s entrance. Leftover wood is also sent to shrines around Japan to be used for rebuilding their own structures.

The Ise Jingu Shrine’s office, completed in 1903, is said to have been designed by star architect and professor Chuta Ito and others. According to local government records, my great-grandfather was in charge of the design drafting and construction supervision. In the project of The Emperor’s lodgings in the shrine , built around the same time, he played a similar role. It seems that my great-grandfather’s association with Chuta Ito, one of the greatest architects of Japanese shrines, was in the construction of Heian Shrine in Kyoto. In later years, my great-grandfather’s son became a member of Chuta Ito’s laboratory and later became a researcher of architectural cultural properties for the government. The building is now located in the center of Okage Yokocho Lane , a popular tourist attraction at Ise Shrine, and is still used as the shrine’s dojo.

The Motoori Norinaga Museum is the former residence (Suzuya) of Motoori Norinaga, the greatest scholar of ancient Japanese literature and culture who lived in 18th century. Two of the most important books in Japan are ”Nihon Shoki”, the official ancient history of Japan, and ” Kojiki”, the ancient history of the emperor. One of his achievements was to interpret ”Kojiki”and establish the two pillars of Japanese history. This residence was moved to Matsusaka Castle by the emperor of the time, the son of Nobunaga Motoi, who was the emperor’s tutor, and the Mitsui family and other wealthy merchants of Matsusaka. The relocation work and the surrounding buildings were done by my, the founder of NanaLLC ‘s great-grandfather After the major repair project of Toshodaiji Temple in Nara (now a World Heritage Site and National Treasure). The buildings of this museum site are registered as a special historic site and tangible cultural property of Japan. 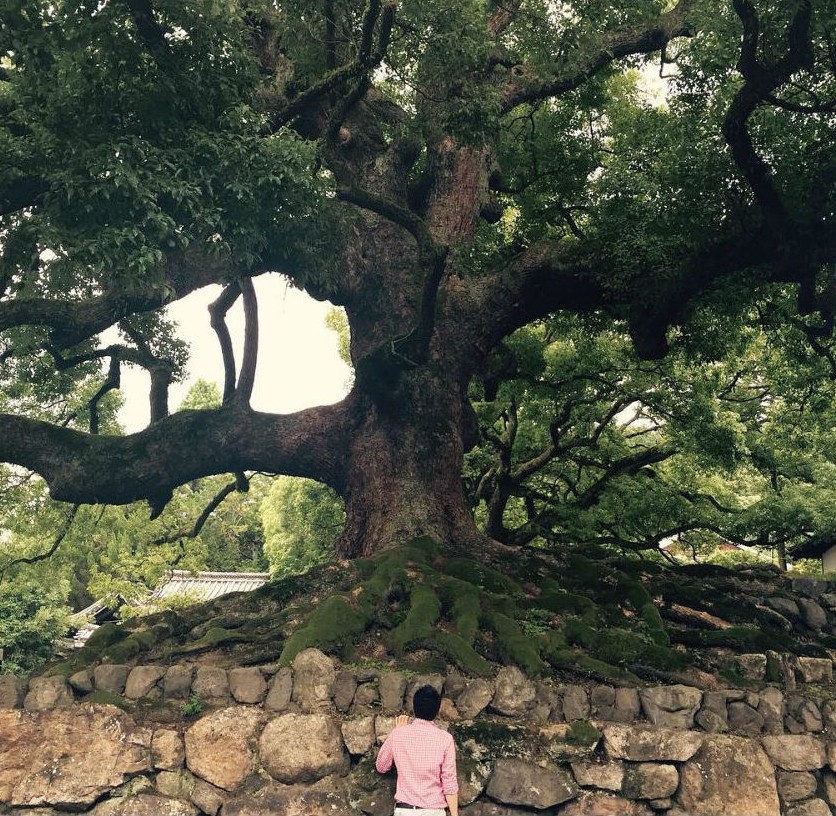